Hantavirus, the deadly virus starts to kill people in China. Today Chinese media has reported the death of a person with the deadly Hantavirus. The Chinese newspaper, “Global Times”, stated that a citizen of Yunnan Province was returning to Shandong Province by public bus on Monday. The newspaper added that “after testing, it was found that he was infected with the Hantavirus, and currently 32 other people who were on the same bus are being tested.

This virus is mainly spread among rodents, but its infection can also cause disease in people all over the world. This virus is transmitted through rodent feces, urine, and saliva, and the primary mode of human contact with hantavirus is through inhalation. 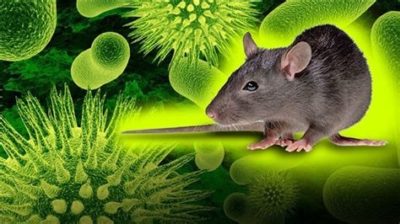 The Hantaviruses cause “Hanta” syndrome, and hemorrhagic fever with nephrotic syndrome. Early symptoms always include muscle aches, fever, and fatigue. Infected individuals may also experience nausea, chills, dizziness, diarrhea, abdominal pain, and headaches. Four to ten days after these symptoms first appear, the infected individual will find it hard to breathe as their lungs begin to fill with fluid. Furthermore, coughing and shortness of breath are common respiratory symptoms of the later stages of infection.

16 thoughts on “After Coronavirus The Deadly Hantavirus in China”