Coronavirus maybe caused by climate change. The borne Coronavirus has a high death rate compared to the flu. The death rate of the flu is low and does not exceed 0.006%, while the new Coronavirus kills close to 3% of infected people. Which made him a serious borne disease. The incubation period between the infection of the virus and the appearance of the first symptoms is between two and 14 days. That makes the virus more dangerous.

The 14 days of incubation without symptoms, makes the infection potential and the virus contagious. Therefore it is possible to transmit, before knowing the infected person. It has been knowing that the main symptoms of this disease at the beginning are similar to the symptoms of influenza which are fever, fatigue, and respiratory problems.

According to WHO (2019), the increase in temperatures and the change in rainfall patterns indicate an increased risk for borne diseases such as malaria, dengue fever, and Lyme disease. But is climate change responsible for the emergence and spread of the new coronaviruses? If climate change causes high temperatures or accelerates rain pattern, why studies showed that the coronavirus is inactive in high temperature and rapidly active in low temperature. That means there are other possible causes of the new epidemic virus 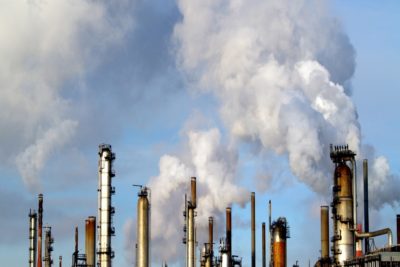 Corona Virus is counted as borne disease and usually when such a disaster happens. People tend to run or emigrate from the region that has been infected. That because when transmission or infection disease covers a region. That may affect health status and limit mobility. These effects will lead also to many health effects worldwide. For example, when the temperature rise and the weather get extreme. The borne disease such as malaria virus infection will transmit to other countries.

The borne disease leads also to migration and stigma. The X person will be an immigrant in X country, there he or she may be exposed to racism, stigma, and discrimination or exacerbates marginalization, dis-empowerment, or social exclusion. Then the immigrant x will have negative health effects and then it will be related to mortality and morbidity. (Grove & Zwi, 2006); (Viruell-Fuentes, Miranda, & Abdulrahim, 2012).

The tiny virus was responsible for migration and infection disease among all the world. The tiny virus called Corona because it is surrounded by crowns. Which looks like capsules and made of proteins. The capsules also look like a crown on its surface.

11 thoughts on “Coronavirus May Caused by Climate Change”