武漢肺炎 ! Just a “sneeze” or mention the word “Corona” is enough to panic and terrify the people around you. The deadly virus that is snatching lives in China and other countries is still traveling from place to place taking with it the terrifying and deadly. According to the World Health Organization, the virus is able to maintain its life for up to 6 days on the surfaces. Furthermore, it has an incubation period of 12 days. The virus can also be contracted through, inhaling, and reservoir. Using patient tools, or touching contaminated surfaces, on which the virus stands on. Followed by rubbing the nose or accidentally touching the mouth or eyes. The latest update about the symptoms is a runny nose, cough, discomfort, pharyngitis, sneezing, coughing, sinus obstruction, and high fever.

More than a thousand deaths!

The number of deaths and cases caused by Coronavirus in China has been increased dramatically. With 242 deaths recorded in one day. On Thursday 13-February in Hubei Province. In addition to 15,000 cases. While the Chinese health authorities announced, on Tuesday, that the total number of deaths in the mainland in China as a result of the new Coronavirus reached up to 1369 deaths, while the number of people who infected with the virus in mainland China exceeded 60 thousand, The epidemic also prompted the World Health Organization to declare a global health emergency and many governments to impose travel and airline restrictions to suspend flights to and from China.

There are many theories for the spreading of the virus. One of the possible theories is biological spread. When viruses have started from the world of wildlife. Spread between animals and then – after a set of random mutations in their genetic makeup – they were transmitted to humans in environments in which animals and humans converge extensively and then evolved to transfer from human to human.

The risk to get infection is dependent on exposure. Some people will have an increased risk of infection. For example, healthcare workers caring for patients. As well as the close contacts with animals. Truth to be said, the mutation is always expected to be generated at any time. That’s why it is very important to keep your hygiene. 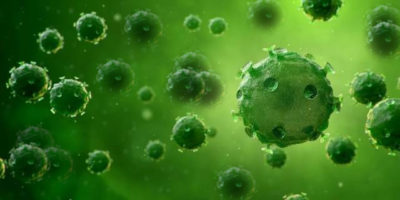 It is important to know that there is also a human prion disease. Prion disease is transmissible neurodegenerative disorders, cause cognitive impairment. Do you know control strategies to reduce the transmission of animal diseases? If you don’t, then stop exposure to animal prions. In Turkey, a parasite organism found in cats caused blindness to two girls, one of whom loves cats, and the other fears them. The two girls picked up the infection of toxoplasma by a parasite whose main host is the cats and spreads by its faces.