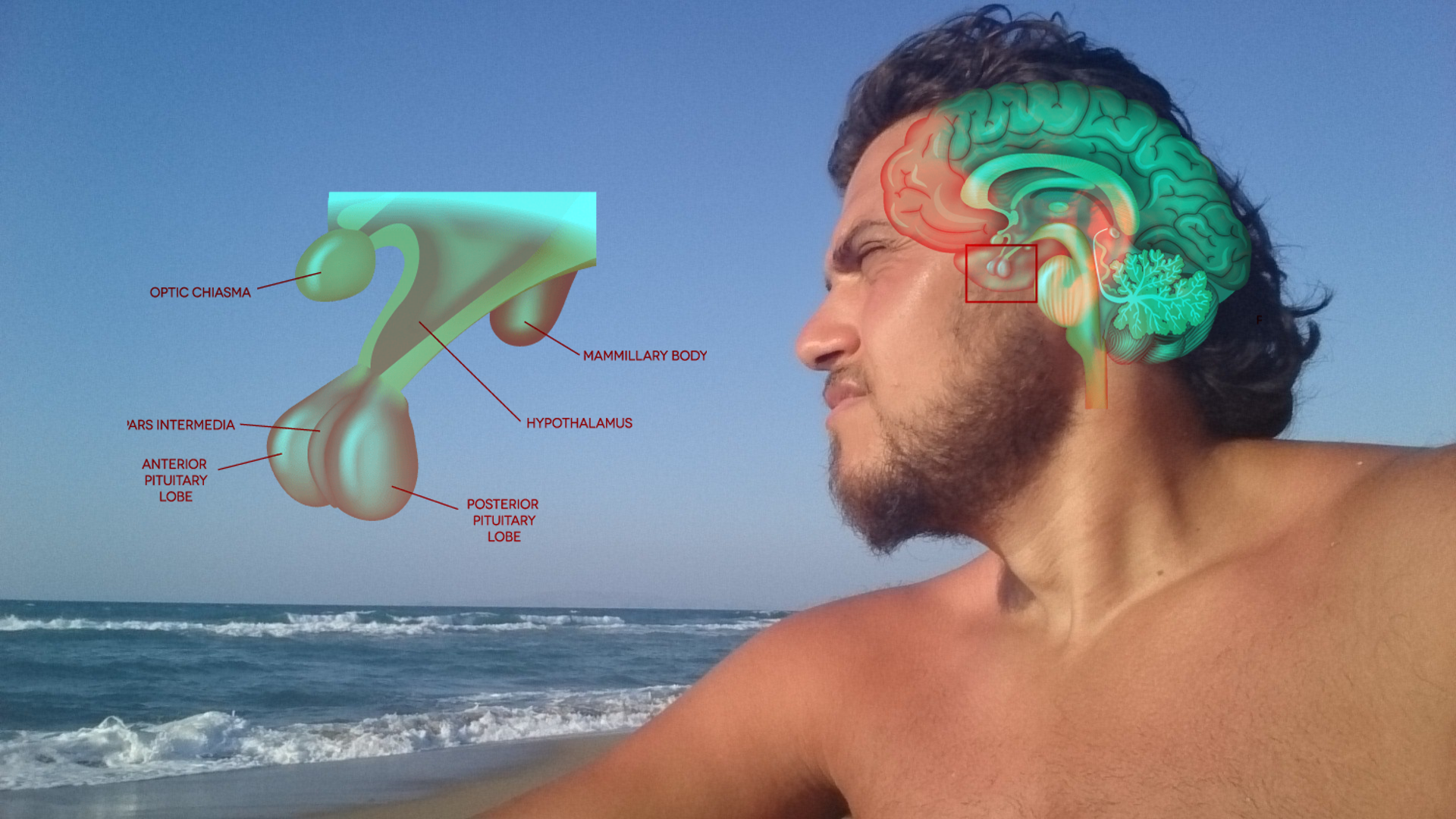 Human growth hormone (HGH) plays a crucial role and is an essential hormone for the growth of bones and muscle development. Besides, it has important regulatory effects on carbohydrate, protein, and lipid metabolism at all stages of life. HGH is secreted by the anterior pituitary gland and travels through the blood to stimulates the liver to produce a protein Calles insulin-like growth factor (IGF-1). Before 1985 the hormone was obtained from cadaver pituitary extracts, and the supply was limited and expensive.

The seven normal functions of growth hormone that attracted the interest of some coaches and athletes:

Does measurement of the random serum levels of HGH useful?

Growth hormone is produced in bursts and its levels quickly fall, but IGF-1 levels reflect the overall daily production of growth hormone. For all these reasons, interpreting the results of blood tests for pituitary hormones is complex. GH secretion from the pituitary gland is dependent on the sleep-wake cycle and, therefore, measurement of random serum levels of GH is not clinically useful.

According to Reh. C and Geffner. M (2010) HGH binds to its receptor on targeting cells in the liver and cartilage, leading to the production of IGF-1, which through endocrine and paracrine/ autocrine mechanisms, then stimulates bone growth. HGH acts at the epiphysis (growth plate) to increase linear growth by promoting differentiation of prechondrocytes and the expansion of osteoblasts.

Exercise and mobilization of body fat

HGH is one of the many factors that are responsible for increasing fatty acid mobilization. HGH increases sharply with exercise and remain elevated for up to several hours in the recovery period. Adipose tissue is more sensitive to either the sympathetic nervous system or the increasing level of the circulating Catecholamines.

The adrenal glands make large amounts of catecholamines as a reaction to stress. The main catecholamines are epinephrine (adrenaline), norepinephrine (noradrenaline), and dopamine. They break down into Vanillylmandelic acid (VMA), Metanephrine, and Normetanephrine. Catecholamines can serve as neurotransmitters, transferring signals from neuron to neuron, as well as hormones, which regulate physiological functions such as your heartbeat and breathing rate. Even mobilization accrues in response to a specific fat-mobilization substance that is responsive to elevated levels of activity, that’s why we can’t state with certainty which factors are of greatest importance in mediating this response.

Safety and side effects of GH treatment

Acromegaly is the result of taking HGH after the bones have fused. This results in bone thickness which causes broadening of the hand, feet, and face, skin thickness, and soft tissue will grow. Internal organs typically enlarge. long term of use will lead to suffering from muscles and joint weakness and often heart disease. Cardiomyopathy is the most common cause of death with HGH use. Glucose intolerance, and hypertension, Pain or bruising at the injection site, mild headache, type 2 diabetes. GH therapy may decrease the amount of cortisol production.

Growth hormone receptor (GHR) which Is better High or low?

According to Elzein and Goodyer (2014) when HGH binds to its receptor (GHR) on target cells in the lever, then activates multiple intracellular pathways, and that leads to changes in gene expression, differentiation, and metabolism.

If the body has a GHR deficiency then will associate with growth and metabolic disorders whereas increased GHR expression has been reported in certain cancers, the author suggests that the GHR gene requires tight controls. Those who have low GHR levels or have a dysfunctional GHR do not respond normally to HGH and they suffer from many problems such as short bones, decreased bone mineral density, and increased adiposity, and they are at risk for osteoporosis, lipid disorders, and cardiovascular disease.

According to Elzein and Goodyer (2014) If HGH secretion is high or elevated functional GHR levels is also high in target tissues, then exhibit excessive growth and very abnormal metabolic activities, leading to an increased incidence of cardiomyopathies, diabetes, hypertension, and several types of cancers such as breast cancer, leukemia, prostate, colorectal, and gastric cancers. That’s why you should be careful before taking any HGH therapy by looking at the level of the HGH and GHR in your body. Many athletes take HGH therapy without checking the level of HGH and GHR and then they get into medical morbidities, to understand the case you should check the level of HGH and GHR before any use of HGH.

According to Reh. C and Geffner. M (2010) pituitary GH was given 2 days per week, but then it was discovered that dividing the weekly dose into 3 injections yielded better growth rates (Milner RD, Russell-Fraser T, Brook CG, et al).

Serum levels of GH reach a super physiological maximum of 2 to 6 hours after an SC injection and then fall by about 12 hours (Ranke MB, Schweizer R, Wollmann HA & Schwarze P). Injections in the evening have been shown to result in a more physiological pattern of glucose and protein metabolites than if GH is given in the morning (Jorgensen JO, Moller N, Lauritzen T, Alberti KG, Orskov H & Christiansen JS). Therefore, rhGH is currently used as a once-daily SC injection, typically given late in the evening in an attempt.

The physiological prepubertal production rate of GH is 0.02 mg/kg/day (0.06 IU/kg/day) which increases two to four times during puberty. The goal of treatment is to mimic these levels while minimizing side effects. There is a wide range of recommended dosing of GH internationally for the treatment of GHD. GH dose ranges between 0.5 to 0.7 IU/kg/week (0.17 to 0.23 mg/kg/week) in most countries. The highest doses are used in the US and range from 0.17 to 0.35 mg/kg/week, while the smallest doses are used in Japan (0.5 IU/kg/week). Data from a study by Tanaka using an international survey showed a range of initial GH treatment doses by country, see table (1) (Tanaka, T).

Monitoring with serum IGF-1 levels specific for age, gender, and Tanner stage must be used to determine the safe and optimal GH dose in puberty (Park P & Cohen P). Currently, many endocrinologists continue treatment through puberty with close monitoring of height velocity, bone age, serum IGF-1 levels, and pubertal progression to ensure the maximal effect of treatment. In most countries, GH therapy is continued until height velocity decreases to <2.5 cm/year and/or until the bone age is advanced to between 13 to 15 years for girls and 15.5 to 16 years for boys. Evaluation of patients with GHD shows that multiple factors affect final height: number of injections per week, duration of treatment, age at diagnosis, and, most of all, genetic height potential. Estrogen is critical for bone growth and epiphyseal maturation in both males and females, especially during puberty. The delicate balance between GH and estrogen becomes critical in patients.

Exercise and certain amino acid supplements stimulate HGH release from the pituitary. But this normal release doesn’t affect muscle protein syntheses or muscle mass or strength. Normal release effect first the lipolysis and then when the level increase does affect muscle protein syntheses or muscle mass or strength. For example, people who are living in the Islamic countries and waking up early in the morning they can get a deficiency in the secreted amount of HGH and that’s can seem on the length of the bones and the obesity people have compared with people in Europe or the USA nevertheless most of the Islamic country has more sun. All we know that the sun can help too much the growth of the bones and decreasing obesity.

HGH Is the best treatment for diabetes because it helps burn fat and build muscles and in fact muscle burn also fat and when they burn fat it will be easier to glucose to enter inside the muscles for use as energy, by the way, all the amount of sugar which inter the bloodstream will be burned as energy.

A large study conducted in the UK by Ritchie. D et al. (2017) Treatment with human growth hormone derived from others’ pituitary gland, by intramuscular or subcutaneous injection, causes a disease called iatrogenic Creutzfeldt–Jakob disease (iCJD) and this is one of many acquired forms of human prion disease. Prion disease is a “transmissible neurodegenerative disorders characterized by the accumulation of a disease-associated misfolded form of the normal cellular prion protein (PrPC) in the central nervous system (CNS)”. When a prion enters a healthy organism, it induces existing, properly folded proteins to convert into the misfolded prion form, by altering their shape. Prions consist mostly of an abnormal form which characterizes as Prion Protein Scrapie (PrPSc) and the spreading of prion cause disease. The prion is a molecule, not a living organism, is naturally present on the surface of neurons and this disease occurs in sporadic, genetic, and acquired forms.

Since 1985, over 240 cases in several countries have been reported that people who recipients from HGH developed iCJD. 50% of hGH-iCJD and HGH control cases, developed CNS amyloid beta-protein (Aβ) accumulation, which characterizes by the accumulation of abnormal proteins in the pituitary gland and the CNS which is associated with Alzheimer’s disease-like neuropathology, vascular complications. HGH recipients may be at risk of developing the complications of cerebral amyloid angiopathy CAA, lobar cerebral hemorrhage, perivascular inflammation, and cognitive impairment. In the method five groups have been used, two groups treated with HGH compared to three groups not treated with HGH.

Alexander Astrakos 18 Comments Nutrition FactsPhysiology FactsSport Facts Body FatCatecholaminesGH DeficiencyGrowth Hormone Receptor (GHR)HGHHormone TherapyHuman Growth HormoneIGF-1Pituitary Gland
We use cookies to ensure that we give you the best experience on our website. If you continue to use this site we will assume that you are happy with it.OkNo